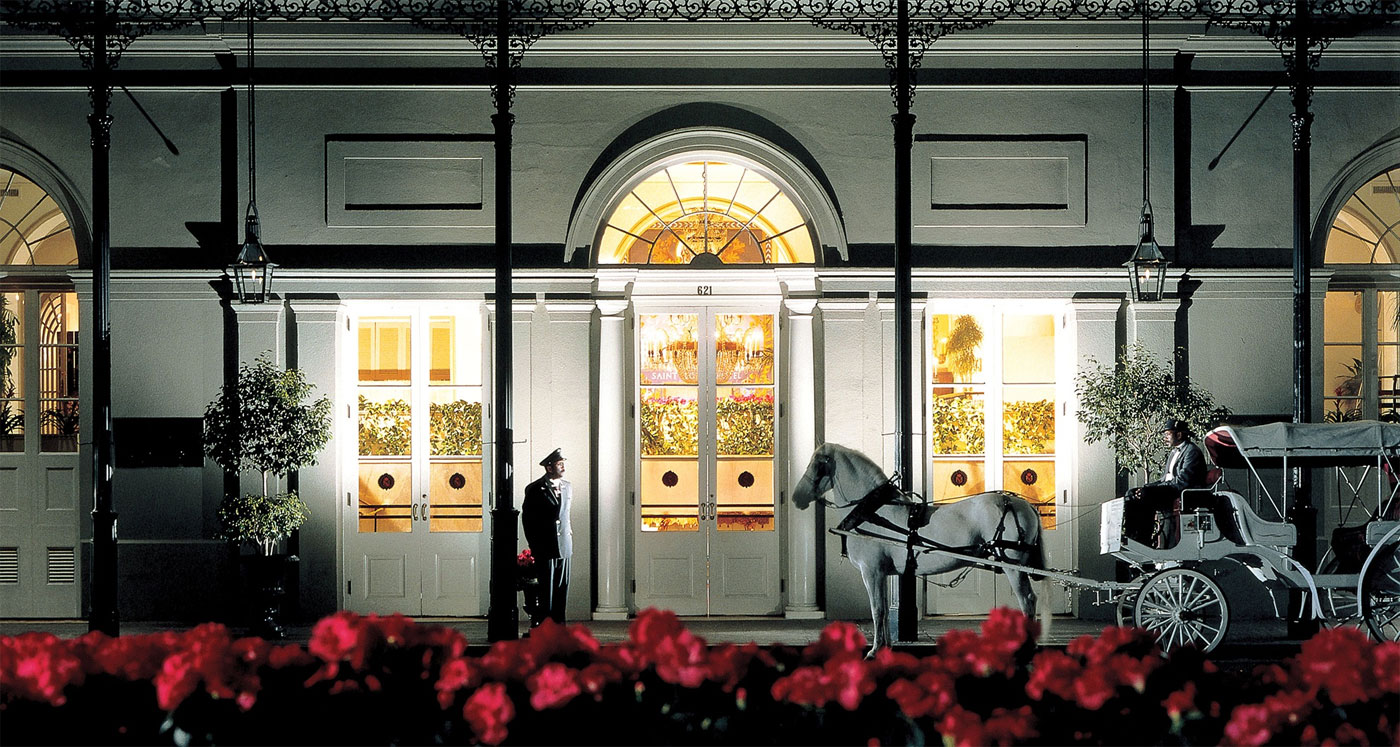 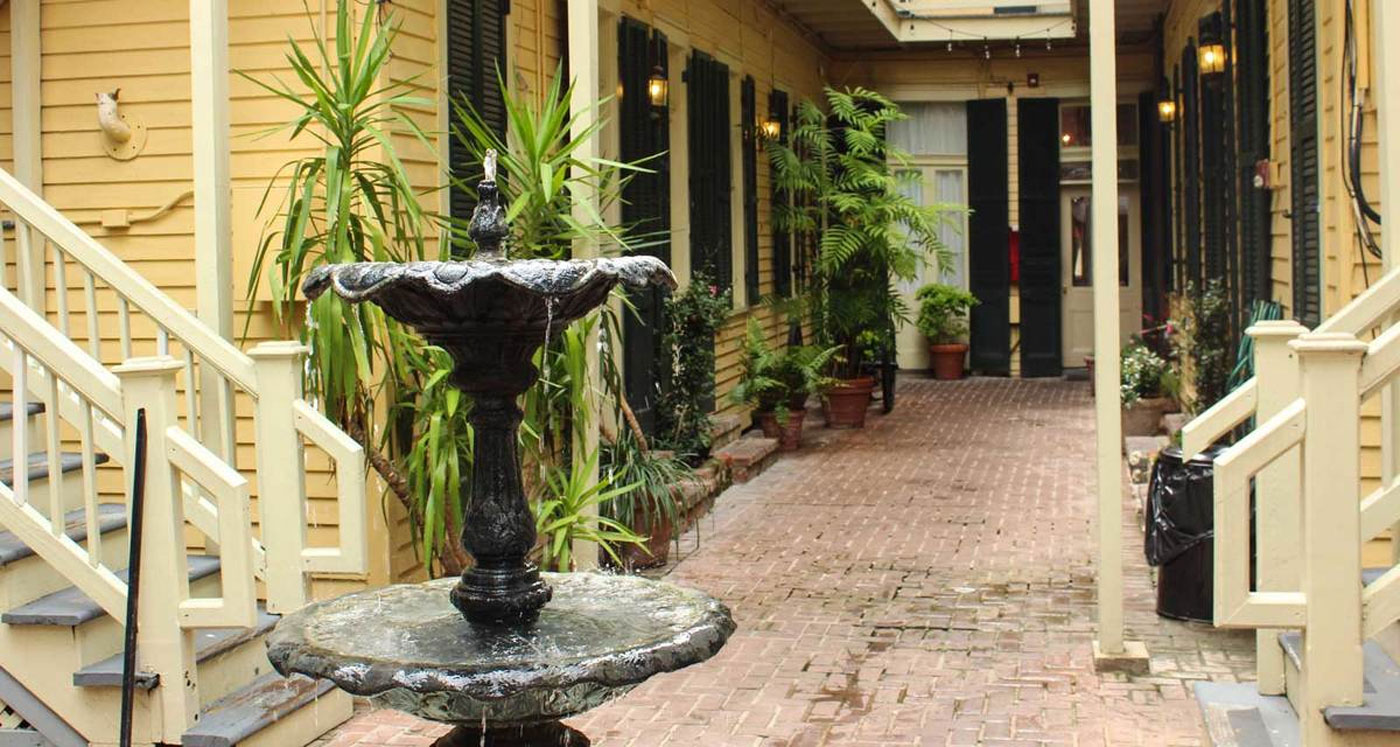 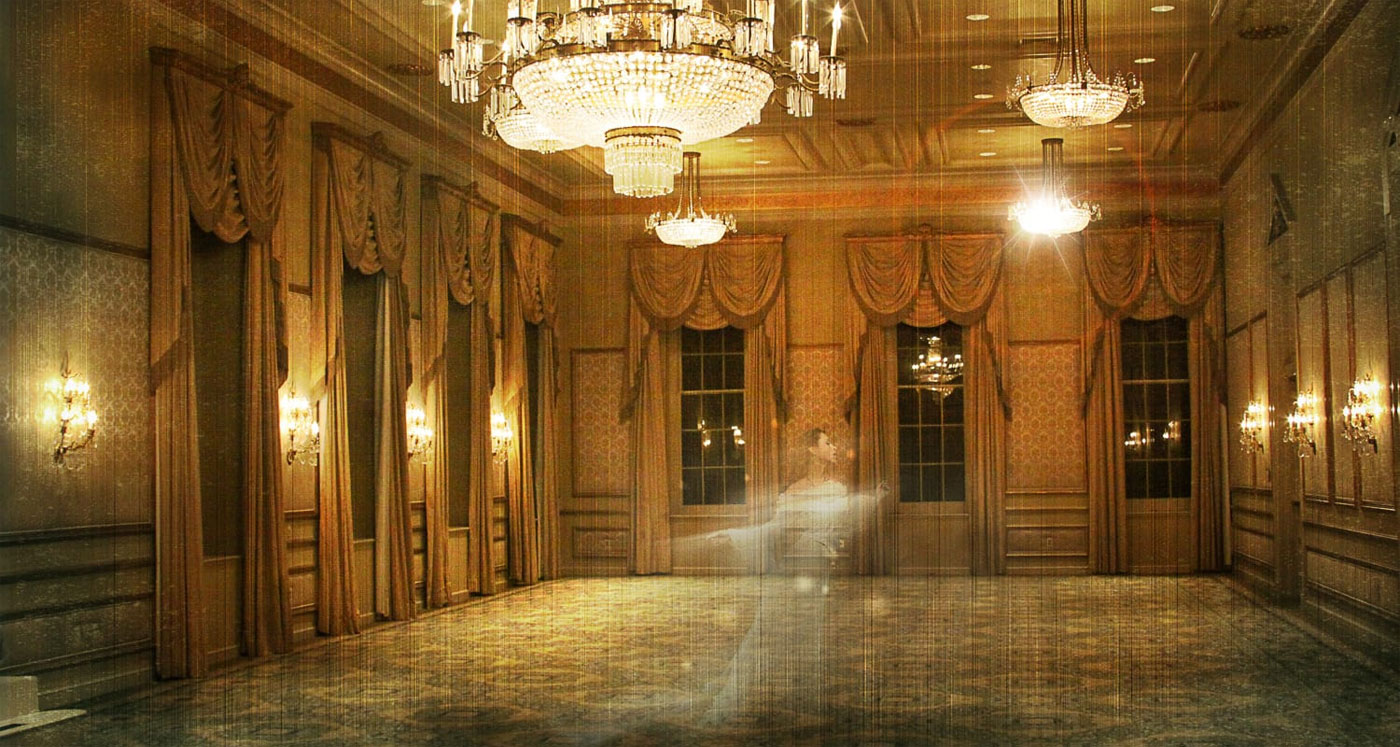 7 Most Haunted Hotels in New Orleans

Hotel Monteleone New Orleans, a 15-story Beaux-Arts-style boutique hotel, is one of the French Quarters’ most famous landmarks. It is one of the last family-owned and operated hotels in New Orleans, with more than five-generations of its namesake family maintaining the property. The hotel was built in 1886 and has become one of the most haunted hotels in New Orleans, known for its apparitions and paranormal activity. Guests and staff have shared stories of spotting children roaming the halls and staff members going about their duties. The hotel’s restaurant door opens almost every evening and then closes despite it being locked and there’s an elevator that always stops on the wrong floor. One of its most notorious ghosts resides on the fourteenth floor. Maurice Begere, a mischievous young boy who passed away from yellow fever in the 1890s still haunts the room where he died.

Nicknamed the ‘Belle of New Orleans,’ Le Pavillion Hotel is a lavishly furnished luxury hotel located at the corner of Poydras and Baronne streets in New Orleans Central Business District. The land where Le Pavillon Hotel sits today was deemed inhospitable and dangerous at the turn of the nineteenth century. In 1907, when the 226-room hotel opened, it became quite clear that the spirits from the neighborhoods murderous past were still hanging around. It is now one of the most haunted hotels in New Orleans. There have been several paranormal sightings over the years with one investigating team coming across nearly 100 undead entities roaming the property throughout the night. Guests and staff of the hotel have reported ghostly figures standing at the foot of their beds, hearing strange unexplainable noises and shower heads turning on and off in the middle of the night. One man went to Le Pavillon and saw a grey-haired woman sitting on his bed, who then touched him with cold hands and said that she’d never let him go before vanishing in front of him. Unlike some of the other hotels, Le Pavillon fully embraces its paranormal residents. Guests of the hotel receive a pamphlet detailing the hotel’s haunted history upon arrival, while guests looking to experience ‘something extra’ can request to stay in one of the hotel’s most haunted rooms.

Legend depicts that an all-boys school was once located where the current Andrew Jackson Hotel now sits. The school housed children who had lost their parents to yellow fever. In 1788, a tragic fire broke out destroying the building and also killing five young boys. These boys are now said to haunt the halls of the hotel. They have been seen, or sometimes just heard, playing in the courtyard after dark. The hotel’s namesake, General Andrew Jackson, is also commonly spotted wandering through the hotel and out into the yard. Guests have also reported sightings of a child named Armand in room 208 along with a woman who is believed to have been the child's caretaker. Her ghost is known to straighten towels and fluff up pillows.

Before it was a hotel, the site of Bourbon Orleans Hotel was home to a historic Orleans Ballroom and Theater. In the 1800s it was converted into a convent. The ghosts now roaming the hotel’s halls and rooms lived through the many different eras of the site. Reports include a man dressed in Confederate army attire on the sixth and third floors along with run-ins with children and nuns. A common encounter is a little girl on the sixth-floor rolling her ball and following it along the hallway. The current Orleans Ballroom in the hotel is allegedly home to a ghost dancer, frequently seen to be dancing alone under the ballrooms crystal chandelier. Other reports speak of someone hiding behind the draperies. Sometimes when passing through the lobby the ghost of a man smoking a cigar and reading a newspaper is spotted. Other times, you just get a whiff of the cigar without spotting the ghost. Another ghost in the building is rather forward and kisses women he finds beautiful. A more recent report is from a man who was working alone on a stairwell and after saying an obscene word out loud, he immediately felt a slap on his face.

Built in 1775, the Dauphine Orleans Hotel has passed through many hands and housed many different inhabitants. Because of this, the property’s resident ghosts range from Civil War soldiers to well-dressed ‘ladies of the night’. A well-known brothel called May Baily’s operated on this site from the mid-1800s to the early 1900s. Today, the hotel bar is known as May Baily’s Place and ghost hunters have concluded that at least one of the working girls of the brothel still haunts the hotel. Liquor bottles along the back bar are often found rearranged or sometimes a faint female shadow is seen in the mirror. There have also been several sightings of a uniformed Creole soldier wandering through the property along with a whimsical and slightly disturbed woman dancing around the hotel’s courtyard. Someone likes to lock empty rooms from the inside, and many people report a sense of being watched.

Another haunted hotel in the French Quarter, Lafitte Guest House has been around since the mid-1880s. Before the guest house was built, a hospital was located on the site. Like many hospitals in New Orleans in the 1800s it tragically burnt down in 1809. The property then became the residence of the famous pirate Lafitte brothers. The current building was later built in 1849 and owned by several families over the next century, where several tragic events occurred in the building. The current guest house has 14 guest rooms, with Room 21 being the most haunted (and most requested) room in the building. A young girl, named Marie, fell desperately ill and allegedly died in this room and never left. Guests have reported seeing her reflection in the mirror and hearing her coughing and crying. It is also said that when Marie died, her mother was so devastated that she eventually also died in the same room which she still occupies. The rest of the guest house is no less quiet with regards to eerie occurrences. Lights have been known to turn on and off and things are often moved around in the guest rooms.

The Omni Royal Orleans was previously known as the St. Louis Hotel. This luxury hotel in the French Quarter is home to a few light hearted ghosts who enjoy playing pranks on the hotel guests. The most common haunting in the hotel is a maid from the 18th century who still cares for her guests on the second floor. If you’re staying in a room on this floor, it’s common to wake up to find the sheets of your bed tightly tucked around you, as if to keep you warm and cozy. She’s also been known to flush the toilet at all hours of the night as well as run a bath. The other ghosts roaming the halls sometimes attach to guests and follow them around the hotel, or just move things around and turn the lights on in the middle of the night.

The good and bad of a Galapagos visit.